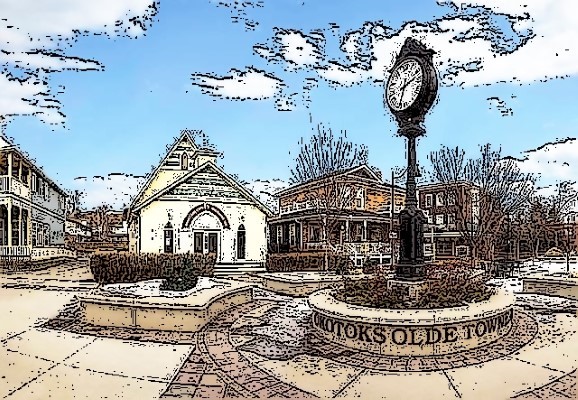 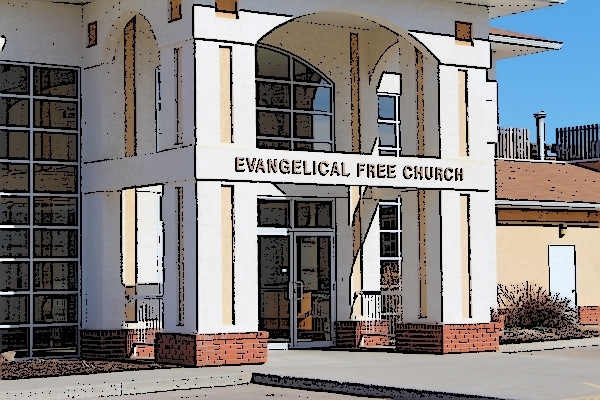 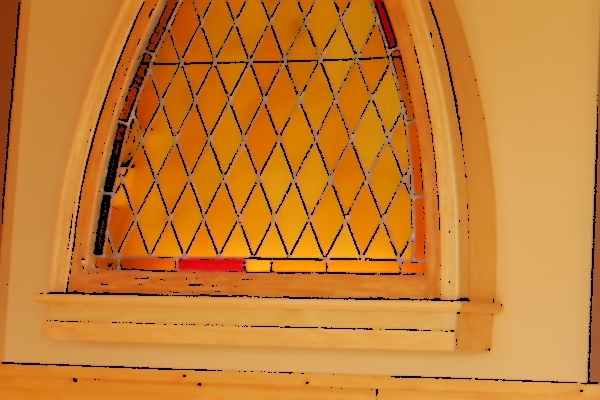 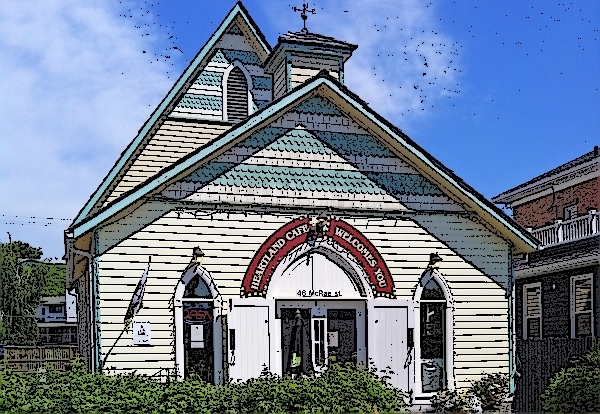 In the summer of 1932, a group of people who desired to see a church planted in the town of Okotoks found themselves with no place to meet. In fact, caring for the needs of those looking for work in a growing town led them to set up a tent in the front yard of the Jacobsen home. On Sundays they held church services under the tent, and during the week they fed those who were in the area looking for work.

A few months later this group, known as the Okotoks Gospel Chapel, was able to rent a building called "The Old Orange Hall" which provided much-needed walls for the approaching winter. Before winter was out, they purchased a former Baptist church building which had sat vacant for several years (now Heartland Cafe and Restaurant). Repairs to the 30-year-old building commenced, and this new home served the congregation for more than half a century! In the mid-1960's, this group of believers joined the Evangelical Free Church movement and changed their name to Okotoks Evangelical Free Church.

By 1993, the congregation had grown to the point of holding two Sunday services to accommodate all of the people. A decision was made to build a new facility for worship. The difficulty was finding land on which to build!

That year, the congregation made a bid on land in Crystalaire, but the deal fell through at the last minute. Another property in the Westridge subdivision failed to materialize when the developer went into receivership. A third property considered was a pie-shaped parcel of land that the town owned which would only have allowed the construction of a 450-seat auditorium. What seemed like a problem at the time -- the defeat of a motion to rezone the property -- became evidence of God's sovereign hand.

The church once again considered the Westridge property which had been purchased by Prominence Realty. A deal on the new land was sewn up in a matter of months. The property was perfect for what God had in store for Okotoks Evangelical Free Church, and His timing was amazing!

While the Expansion Committee was focused on the search for suitable land, the congregation itself began a rather nomadic journey. After holding two Sunday services for a year, the congregation decided to meet for one combined service in the Okotoks Junior High School gymnasium. Storage boxes were built, curtains were sewn, and a system for hanging the curtains was developed to make the room feel a little more cozy. In truth, it began to look like a replication of the ancient Jewish Tabernacle! This meeting place came to an end when summer rolled around and the school needed to do some extensive renovations. Church leaders had less than a month to find another place to meet.

Across the street from the old church sat the vacant Thriftway grocery store (where the current post office is located). A deal was made to rent the facility for $400 per month. With just two weeks' notice before the moving date, the cleaning crews moved in. With 25 willing, servant-hearted people, only two days were needed to clean up the mess and make the place habitable!

Exactly one year later, the owner wanted to sell the building and the church was given only one month to find new lodgings. By this time, church growth made it impossible to move back into the old church building (which was being used for Sunday School classrooms). Were it not for the gracious help of Grace Lutheran Church and Christ the Redeemer Catholic School Division, services would have been held in tents that summer! Instead, the church body soon began meeting in the gymnasium of Good Shepherd Elementary School, where they enjoyed considerable care by Christ the Redeemer School Division until the completion of the current church building on Westland Road. Thank God for the ways the School Division went above and beyond the call of duty!

Throughout the years, the body of believers at Okotoks Evangelical Free Church has known that church is not about buildings or programs, but people. This plays itself out in how Christ-followers live in community by learning, growing, and serving together. The church family is continually challenged to look at Okotoks and beyond, seeking opportunities to be involved in practical and meaningful ways. The 2013 floods of Southern Alberta were just one example of God moving His people out of their comfort zones and into the lives of their neighbours.

God has been faithful through the growth and development of Okotoks Evangelical Free Church! Thanks be to God for His patience and perfect timing, the grace and forgiveness Jesus Christ extends, and the wonderful guidance of the Holy Spirit. Going forward, the body of believers at 28 Westland Road will strive to follow God's leading in all that is said and done, through obedience to His Word and the guidance of His Spirit.